Greek Orphanages in the Balkans Under Ottoman Rule: Thessaloniki, Ioannina, Metsovo and Bitola

In the Ottoman period, since the middle of the 19th century, many orphanages were established in the Balkans for the care and education of orphans. In the same period, the Greek Orthodox community also established foundations and built orphanages both in the capital city of Istanbul and in Balkan cities. In this period, the Ottoman Government meticulously evaluated the requests for new orphanages in Thessaloniki, Ioannina and Bitola to be built with the donations of the Greek wealthy and carefully considered the plans for an old residence in Metsovo to be converted to serve as an orphanage. Many factors have been taken under investigation by the Government, such as the number of orphans, the density of the Greek population in the region, the land on which the building will be built and its surroundings, the amount of donations for the construction or repair of the building. Such inquiries were made frequently so that orphanages would not cause any problems in the multinational and heterogeneous political environment of the Balkans. In this article, through the comparison of archival documents and current sources, it is aimed to reveal the existence of the four Greek orphanages, which were attempted to be established in Thessaloniki, Ioannina, Metsovo and Bitola at the end of the 19th century. Information is unavailable about the current existence of the orphanage in Bitola, and regarding the buildings in Thessaloniki, Ionnina and Metsovo, based on the drawings in the archive documents, it has been concluded that significant differences appear between their initial Neo-classical designs and their current architectural features. 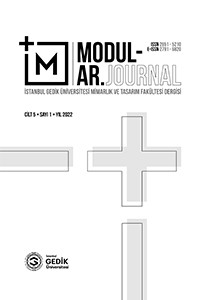