Visual Effects Of Form In Architecture; A Research About The Designer Goals And User Perception

Visuality is evaluated within the framework of aesthetics as one of the evaluation criteria of architecture and in this sense, it is one of the properties sought in architecture. Generally ‘form’ is the first feature that is also evaluated in architectural visuality. In this respect, form is an important feature in the visual effect of architectural design. This study is a research on the perception of the user with the visual effect targeted by the designer in architectural design. Within the scope of the research, five buildings in Antalya city center, which are chosen as sampling area, are thought to have a different effect from other conventional buildings in terms of form were discussed. Architectural goals by meaning of visual effects of the selected buildings were evaluated based on the perception of users according to the survey method conducted for 100 users. In the study, it has been concluded that there are no significant differences between targeted visual effects of designers and user perception. So designers can create effects as they wish. 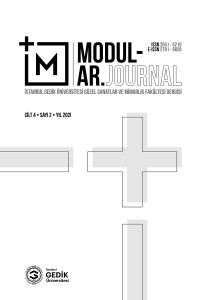