Today, interactive media significantly shapes our life and lifestyle. In line with technological developments, it is estimated that interactive digital media and by extension digital media tools will occupy more place in our life in the future compared to today. In this direction, although the first starting point is ATM devices, kiosk technology, is developing every day. Many interactive media tools we currently use in public spaces are digital kiosks that facilitate our daily practice.

The present study aimed to demonstrate the role of kiosk, a digital media tool, on shaping social interaction by examining examples. In this direction, literature review was conducted, and a theoretical section was formed. Within this purpose, kiosk examples and related websites were examined, and videos, news sources containing examples of social interaction and related texts were found. As a result, the researcher attempted to demonstrate that the use of kiosk devices in public places caused behavioral changes. The present study, being the first one to investigate the role of kiosk, an interactive media tool, on social interaction through the effect of space, aimed to be a relevant source for researchers. 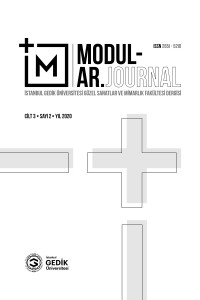